June, 2009
Professionally, I am an executive in international finance and I must fly all over the world.  I am also very tall, and those long flights wreak havoc with my back and legs. I usually decompress with a massage, so have experienced massage in dozens of countries around the world.  I can state with no hesitation, Kathryn's technique and skill are unmatched.  She offers - by far - the best massage therapy IN THE WORLD!!
Jack L. 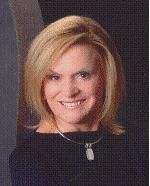 December, 2009
As a school nurse, I came down with a terrible cold shortly before Christmas, and had to leave work, expecting to miss several days. When I called Kathy to purchase a Christmas gift certificate for my mom, she heard how sick I was, and convinced me to try a Raindrop Technique essential oils session for myself.  By the very next day, I was feeling great and returned to work!! No one was more surprised than me!!
Nanette P., RN

April, 2007
Kathy, since my accident 8 years ago, in which I broke my left scapula, I have had limited movement and increasing pain.  After just one massage session with you, I could not believe how great I felt.  I haven't felt this good in 20 years!!  I didn't think I would ever feel this good again.
Thank you very, very, much!   How often can I schedule appointments with you?
Donald, MD

February 28, 2008
Kathy - what happened during the Raindrop massage was truly amazing and unexpected!! I have lots of scar tissue, continual soreness, stiffness, muscle fatigue and pain in my upper back from a trampoline accident more than 20 years ago.  For years I have used daily stretching and strengthening exercises to attempt to keep ahead of the stiffness, soreness and pain.
During the Raindrop massage, the affected area of my back began to burn like it was truly on fire from the inside out.  You were able to calm this fire with some other oils, but I felt what I now know was incredible healing, not only during the massage but for an hour or two afterwards as well.
It has been three months since the massage, and I am happy to report that I hardly ever notice this part of my body/back which used to nag at me every day!
It truly was one of the oddest yet most amazing experiences of my life.  I am not sure I could have fully believed the power of these oils had I not experienced such drastic relief myself.   But I am so happy I did!
Susan


May 7, 2008
Kathy, I have tried everything to relieve the pain in my lower back and shoulders.  Thank the Lord I found you!!  After that first session, I felt like a heavy load had been lifted from my shoulders, and I could breathe again!!  See you next week!
Tina

April 23,2008
Kathy, For 30 years, I have become asthmatic from tree and grass pollen, usually hitting hard this time of year.  Last year, I did a series of lymphatic massages which seemed to lessen the severity.  But, I still had to use an inhaler and Pulimicort to treat the asthma.
I took a long walk outside last night, which I could never do this time of year.  It just has to be the oils used in the Raindrop or the RC blend of oils I have been using daily, since I haven't changed anything else!!
Melissa

March 7, 2008
I had seen a massage therapist regularly that I really liked, but she moved too far away.  I was "shopping around" for a new therapist but could not find one I felt was effective, when I received a gift certificate to see you.  The session was unique and extremely effective.  No other therapist that I have known - and I have seen plenty - has your technique.  I feel great!
Jeff


September 1, 2007
Kathy…I was amazed!  The essential oils worked wonders for my UT/bladder infection.  I have absolutely had zero symptoms since my treatment.  I have really pushed the water daily since then also, but I am a BIG believer now.  Please feel free to tell others who may be skeptical or have the same condition.  I have taken no more antibiotics since Wednesday. just to see if it was the oils, and actually I had only taken one dose when I saw you.  Historically I have to take several days’ antibiotics before feeling better at all.
Thanks!!!
Looking forward to my next healing session with you.
Terri (an RN)

December, 2007
Kathy, I had a weird infection behind my ears, that doctors had no idea what it was, and nothing they suggested helped.  After you suggested I apply lavender behind my ears just that one time during a massage session, the infection cleared up immediately, and has not returned.     I can’t get over how effective these oils are!
Thanks again,
Janet (an RN)